In Conversation with Kimberly Seals Allers

It’s been a fabulous week. First I ran my Abuela Doulas Preparation Course with 7 fantastic women whose ethnic origins ranged from Uganda to Cuba, Jamaica to Cote d’Ivoire. As you can imagine, it was a wonderful four day, face to face course. The pre course work was exciting and the post course modules had already begun to take shape. The laughter, the passion, the sense of injustice, the need for birth activism was potent and real. These women had come to do the work and be committed to changing the world and colouring in the landscape of birth.

Having said ‘see you soon’ to the Abuelitas, I turned my attention to the UK & US conversation that I would be having with Kimberly Seals Allers. Author of ‘The Big Letdown’, a book that looks at how medicine, big business and feminism undermine breastfeeding., Kimberly was keen to meet and talk about the work going on on both sides of The Pond. Initially we decided to meet for a coffee and a chat, but soon realised that we wanted others to ‘join the conversation’, and so we decided to open it up and with the help of Ruth Dennison put on a short notice event. We were joined by some wonderful women and the conversation flowed. We realised that due to the short notice, there might be others that were interested in the conversation and so we quickly pulled together a Facebook Live.

“I wouldn’t be here without all the black women around me. Put us together and we can do anything” – Misty Copeland 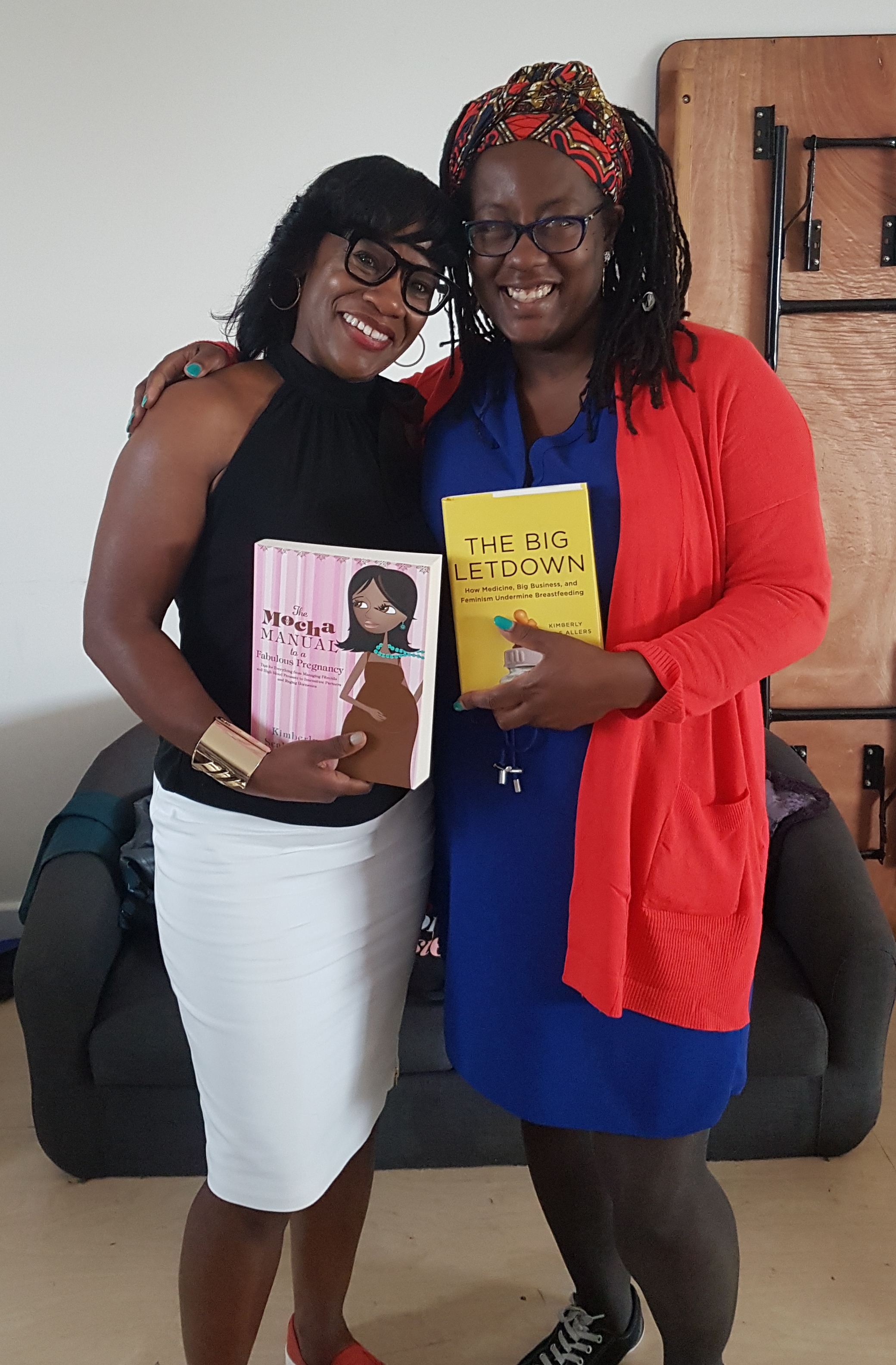 What came out of the conversation ‘Birthing & Breastfeeding While Black’ was the need to look closely at the support that black/BAME communities were given and how it was talked about. It is often said that black women are more likely to initiate breastfeeding than white women. We began to discuss whether this was one of the reasons the mainstream breastfeeding groups and organisations didn’t seem to have much, if any, black/BAME representation. If black women are more likely to begin breastfeeding, why aren’t we learning from them? What are the reasons that get them started and why do the ones that continue, continue? We also asked what about the ones who initiated, but didn’t continue. We recognise that within the studies, initiating breastfeeding could be as simple as one sip from the breast to exclusive breastfeeding for six plus months. So there is no place for complacency here. How do we support black women whose breasts don’t exhibit the same visual signs as white breasts, when in a simple example, thrust may not be recognised? No reddening of the breast here. I recounted the story of a black woman, who in seeking support in hospital in the early days after her child was born, became a ‘circus exhibit’ as midwife after midwife, doctor after doctor, filed in to ‘look at her breasts, her large nipples, her dark areola’. No support was given. There was too much fascination at the colour and look of her breast. Where is the imagery of the black/BAME breastfeeding mother? I applaud the Association of Breastfeeding Mothers/ABM who are beginning to look at these issues but recognise they have far to go. Some hard, honest truths were shared during the conversation and no one shied from them, nor did they make excuses for why they could not do the work that is still needed. It’s time to stop waiting for the community to come to us so that we can tell them what to do, and for us to go to the community and ask them what they need/want from us.

We’re also in a time of cuts to breastfeeding support across the board. We need to raise our voices and cry out against this. National Breastfeeding Week begins soon, so in a few short days we’ll be called to #celebratebreastfeeding. When this celebration starts, will I see my mother, sister, daughter, aunt in those images? Kimberly Seals Allers exhorts us to bring Black Breastfeeding Week here to the UK. Wanna ‘join the conversation’? Let’s colour in the landscape of birth and let’s include the black/BAME communities in both the conversation and the celebration.