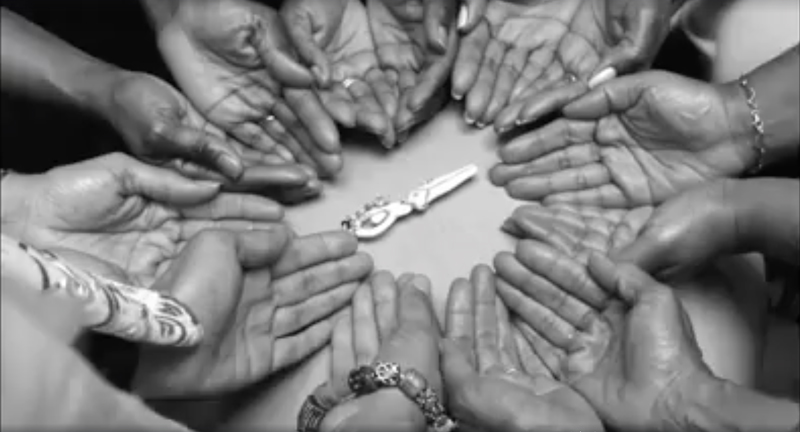 I am a black doula.

At the moment, I am watching whilst the ‘white’ birth world are in a spin. There’s a potential for a change in the status quo and they’re not keen. Icons and pedestals are being rocked, things that many held close and dear have cracks and flaws. The ‘Mother of Modern Midwifery’ title is in question. White privilege, within the birth world, is at centre stage.

I am a black woman.

The statistics for black women and their maternal death rates, and the neonatal death rates of black babies are being dismissed by some as a warping of statistics, or as one white doula told me ‘people can make statistics say whatever they want’. She wasn’t interested in the fact that her ‘Mother of Modern Midwifery’ implied that black women were responsible for their own risk of demise when birthing their babies. Nor was she interested in the fact that it wasn’t a socio economic issue. Money plays no part. The Beyonces of this world are just as much at risk. She only wished to ‘educate’ me in why calling out systemic racism was bullying and a way of shutting her down. Again, it is more offensive to call out racism, than to be racist. Preserving the ‘white way’ is more important that ending the disparities. There is a new, or not so new, cry rising from people like her… ‘You are so racist’.

“Mistakes are a fact of life. It is the response to the error that counts.” – Nikki Giovanni

Who are the mothers of modern midwifery and where did they get that title? There is a reluctance to challenge, especially amongst us older birthkeepers. We know who we have grown with, learned from and are inspired by. We have all the books on our shelves, we’ve been to the conferences, heard the talks, marvelled at tales of yesteryear. Despite this, there are so many that we have overlooked. Or is it that the world of birth has not acknowledged them, and therefore they are not in front of our eyes? Is it that these hidden women, that we nostalgically look back on when they flash up in a Facebook post, are the real mothers of modern midwifery?

I was at a talk recently, given by Angela Davis, and when she was asked about the new, younger activists coming up and how she felt about them, she replied ‘I have so much to learn from them. What happened when I was young is not always relevant for them. They have new battles to fight and must lead the way. I will not see the change that I want in my lifetime, but they take the mantel on’. I paraphrase because it was a few weeks back, but it is something that has danced around my brain since then.

These new, younger birthkeepers have a choice. They can rest on the knowledge that we were ‘given’. The knowledge that the ‘white birth world’ gave us, or they can look beyond the words of their icon and hear the impact of what she is not saying, or recognising. They can reach beyond the pedestal and cast their gaze downwards, around themselves and see that black women and their babies are dying at a disproportionate rate on both sides of The Pond, in our oh so developed worlds. They can look to see what the birthworkers of colour are saying. They can listen and acknowledge the harm that has been done and continues to be done when white icons are more important that black lives. It is time to recognise the insidious effect of systemic racism on our birthing structures, cultures and the resultant idolatry. As I’ve mentioned before, this stuff doesn’t end overnight. We don’t ‘fix’ this easily, but we can begin that work, or should I say continue the work that was started but ignored. We can move beyond the words of white privilege, that can choose whether or not to see black lives dying. We can join those younger activists, be those younger activists and not only call for reproductive justice, but demand it!

So that’s what I want. What do you want? Do you want to be able to reach into your community as a birthkeeper and an activist? Are you ready for the privilege of being a woman’s doula? To be part of one of the most intimate moments of her life? Abuela Doulas is here for that very reason and we love women from all cultures. Contact us here and come join us, as we welcome new life into our world and let’s change it, one birth at a time.